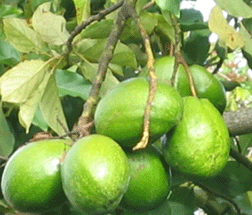 Avocados are very versatile and healthful

In Jamaica, avocados are often eaten with bread, especially hard dough bread, with bullas (a round basic firm sweet cake, in which stale bread is often an ingredient), in vegetable salads, and as a side dish with meals. When eaten with bread and bulla avocados function as cheese or butter. When eaten in a salad or as a side dish avocados are treated as a vegetable. In some other places, avocados are often treated as fruits and are often used in drinks. Avocados are native to Mexico, Central America and the Caribbean.
Avocados are healthful: High avocado intake has been shown to have a beneficial effect on blood serum cholesterol levels. "Specifically, after a seven day diet rich in avocados, hypercholesterolemia patients showed a 17% decrease in total serum cholesterol levels. These subjects also showed a 22% decrease in both LDL (bad cholesterol) and triglyceride levels and 11% increase in HDL (good cholesterol) levels." Moreover, "Approximately 75% of an avocado's calories come from fat, most of which is monounsaturated fat. Avocados also have 60% more potassium than bananas. They are rich in B vitamins, as well as vitamin E and vitamin K. They have the highest fiber content of any fruit - including 75% insoluble and 25% soluble fiber." (This information draws heavily on Wikipedia's excellent article.)
According to Wikipedia, “The avocado is very popular in vegetarian cuisine, making an excellent substitute for meats in sandwiches and salads because of its high fat content. The fruit is not sweet, but fatty, distinctly yet subtly flavored, and of smooth, almost creamy texture. It is used as the base for the Mexican dip known as guacamole, as well as a filling for several kinds of sushi, including California rolls. Avocado is popular in chicken dishes and as a spread on toast, served with salt and pepper. In Brazil and Vietnam, avocados are frequently used for milk-shakes and occasionally added to ice cream and other desserts. In Brazil, Vietnam. The Philippines and Indonesia, a dessert drink is made with sugar, milk or water, and pureed avocado. Chocolate syrup is sometimes added. In Australia it is commonly served in sandwiches, often with chicken. In Ghana, it's often eaten alone in sliced bread as a sandwich. . .The avocado flesh oxidizes and turns brown quickly after exposure to air. To prevent this, lime or lemon juice can be added to avocados after they are peeled.”
Try the following recipe: scoop out the flesh of one or two very well ripened avocados, puree it in a blender, add sweetened condensed milk to taste, and dilute as necessary with either water or cows milk. It makes an excellent shake. Seasonings such as nutmeg and or vanilla may be added sparingly. And the undiluted mixture can be processed in an ice cream maker to make an interesting ice cream.
Use the comments button to let us know about your special avocados recipe.
www.eatjamaican.com 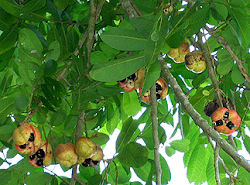 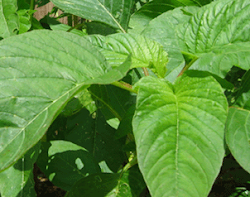 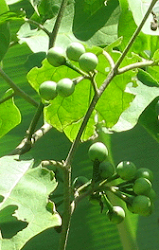